Rebels in the Royal Society

Rebels in the Royal Society

Forty-three brave Fellows of the Royal Society of London have challenged the Society’s notoriously uncompromising pronouncements in support of the man-made global warming hypothesis. In breaking this news, the BBC’s Roger Harrabin quotes one of them as saying:

We sent an e-mail round our friends, mainly in physical sciences. Then when we had got 43 names we approached the Council in January asking for the website entry on climate to be re-written. I don’t think they were very pleased. I don’t think this sort of thing has been done before in the history of the Society. But we won the day, and the work is under way to re-write it. I am very hopeful that we will find a form of words on which we can agree.

A panel chaired by nano-materials expert John Pethica, Vice-President of the Royal Society, has two critical sub-groups, each including some doubters. The panel is due to complete a report in July, for publication in September.

Will it moderate the intolerance of the Royal Society towards sceptical climate scientists over the past ten years, under the presidencies of theoretical biologist Lord (Robert) May and astrophysicist Lord (Martin) Rees? It may clear the air a little before the geneticist Sir Paul Nurse becomes the next President in November.

But I note that the panel is supposed to come up with a consensus! That same silly word, out of keeping with the process of scientific discovery, and inevitably bound to protect the vested interests of the climate catastrophists. Why not just a forthright minority report?

The role of the Royal Society in cherishing scientific excellence is in any case at odds with the wish of eminent Fellows to tell governments and the public what to think. For a couple of centuries an “Advertisement” in Philosophical Transactions expressly forbade pronouncements by the Society as a whole on any scientific or practical matter. 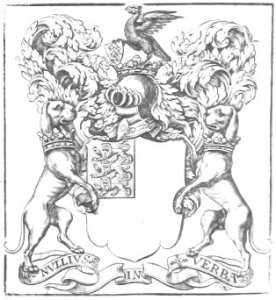 That sensible “Advertisement” disappeared in the 1960s when a politically ambitious physicist, Patrick Blackett, was the President.

If only the Fellows would all stick to their motto, Nullius in verba. It means roughly “Don’t take anyone’s word for it”, but more picturesquely it derives from an epistle of Horace:

No master’s words bind me in an oath / Wherever the wind blows me, I’ll be a visitor.

So, Fellows, please let the tempest rage in climate science, and don’t be bound by opinionated Presidents or even by consensual panels.

Consensus is the enemy of surprising discoveries and its goes a long way towards explaining the present slackness of science as a whole, which I discuss under WHY IS SCIENCE SO SloooOW? – see https://calderup.wordpress.com/2010/05/06/why-is-science-so-sloooow/